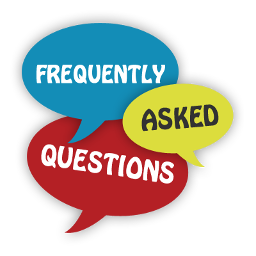 When you research how to deploy your Rails app, you’ll see a lot of names: Apache, Unicorn, Puma, Phusion Passenger, Nginx, Rainbows, and many more. They all seem to fit under the “deploying Rails” category of software, but there’s a key difference between them. Some are “web servers,” and others are “app servers.”

Once you understand which is which, and where each category fits in your system, deployment will make a lot more sense. But the categories aren’t always clear.

What’s a web server, and how is it different than an app server? Can you use one without the other? And where does Rack fit in?

A web server is a program that takes a request to your website from a user and does some processing on it. Then, it might give the request to your Rails app.Nginx and Apache are the two big web servers you’ll run into.

If the request is for something that doesn’t change often, like CSS, JavaScript, or images, your Rails app probably doesn’t need to see it. The web server can handle the request itself, without even talking to your app. It’ll usually be faster that way.

Web servers can handle SSL requests, serve static files and assets, compress requests, and do lots of other things that almost every website needs. And if your Rails app doesneed to handle a request, the web server will pass it on to your app server.

You can run most app servers by themselves, without a web server in front of it. That’s probably what you do in development mode! In production, though, you’ll usually have a web server in front. It’ll handle multiple apps at once, render your assets faster, and deal with a lot of the processing you’ll do on every request.

There are a ton of app servers for Rails apps, including Mongrel (which isn’t used much anymore), Unicorn, Thin, Rainbows, and Puma. Each has different advantages and different philosophies. But in the end, they all accomplish the same thing – keeping your Rails app running and handling requests.

Phusion Passenger is a little unique. In “standalone mode,” it can act just like an app server. But it can also be built right into a web server, so you don’t need a separate app server to run your Rails apps.

This can be really convenient. Especially if you’re planning to run a bunch of apps and don’t want to spend time setting up an app server for each one. After installing Passenger, you just point the web server directly at your Rails app (instead of an app server), and your Rails app will start handling requests!

Passenger is a nice option, but having a separate app server can be still be good.Keeping the app server separate gives you the flexibility to choose an app server that best fits your needs, and you can run and scale it on its own. Still, I’m going to try it again the next time I deploy a new small app. I’m hoping it’ll make it easier to deploy future apps to the same server.

Rack is the magic that lets any of these app servers run your Rails app. (Or Sinatra app, or Padrino app, or…)

You can think of Rack as a common language that Ruby web frameworks (like Rails) and app servers both speak. Because each side knows the same language, it means Rails can talk to Unicorn and Unicorn to Rails, without having either Rails or Unicorn know anything about the other.

How do they relate?

So, how does this all fit together?

This overview might be simplified. But even just knowing these categories will help you put the software you run into into the right mental buckets.

After you understand how app servers and web servers fit together, it’ll be a lot easier to debug server problems when you have them. You’ll know all the different places you could look, and how they interact. And once the next interesting app server arrives, it’ll be even easier for you to swap it in!